Is Your Company Ready for the New Partnership Tax Audit Rules? Unless You Take Action, You May Face Some Unpleasant Tax Consequences! 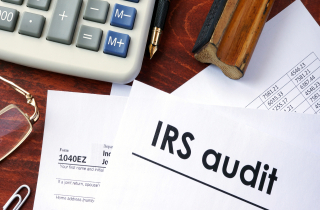 Partnerships are one of the most commonly used business and estate planning tools, and they come in a variety of wrappers or names, such as traditional partnerships, multi-member LLCs, joint ventures, limited partnerships and limited liability partnerships. So, it’s significant that starting this year, the way they are audited and taxed has undergone a sweeping change. The result: People operating under partnerships must update their agreements and be ready to cooperate with each other or face the possibility of paying higher taxes. If you have an existing multi-member LLC, partnership or limited partnership, call to see how these changes may affect you and your business.

All partnership entities, even small companies with as few as two partners, members or shareholders, are affected by new audit rules put in place by the Bipartisan Budget Act of 2015. The law, which went into effect on Jan. 1, 2018, established new rules for the federal income tax audits of partnerships, LLCs, limited partnerships and S corporations. These rules require new language for any partnership or other governing agreement.

A Big Change That Could Mean Higher Tax Rates

Additional complexity may also occur with partners who leave or disassociate after the year in which the partnership earns the income, but before the partnership is assessed additional tax in an audit. As indicated above, collection of this “partnership tax” and any penalties and interest is made at the partnership or company level. This is very important because the partners who bear the burden of paying the tax may not be the same people who were partners during the year under review or audit.

For example, if a partnership is audited for the 2016 tax year when the partners were Joe, Bob and Mike, and the audit is completed in 2019 when Dan and Edward are partners, then Dan and Edward may bear the burden of the tax liability even though they did not benefit from the tax filing.

Partnerships can elect out of these new rules under IRC Section 6221(b), but that election must be made each year. Given the potential for a higher tax liability on any amount of income assessed, partnerships would seem to want to make this election each year. Be sure to discuss that alternative with your tax adviser each year before your return is filed.

Note that a partnership interest held “in trust” is generally not eligible to elect out of the rules. While no direct statutory authority exists to evidence an exception for revocable trusts, they are typically viewed as “disregarded” entities for tax purposes. We suspect that this would permit an election out for a partnership interest held in a revocable trust. However, we do not yet have a guidance from the IRS on this issue.

How to Elect Out of These New Rules

The new tax law provides for certain elections to be considered in the event of an audit. Each election is described below:

Jennifer Barcellos, Law Clerk at the Goralka Law Firm, contributed to this article. 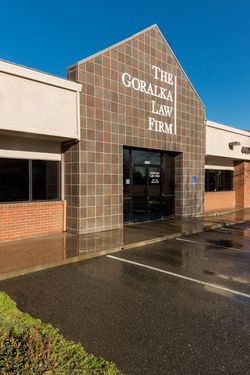